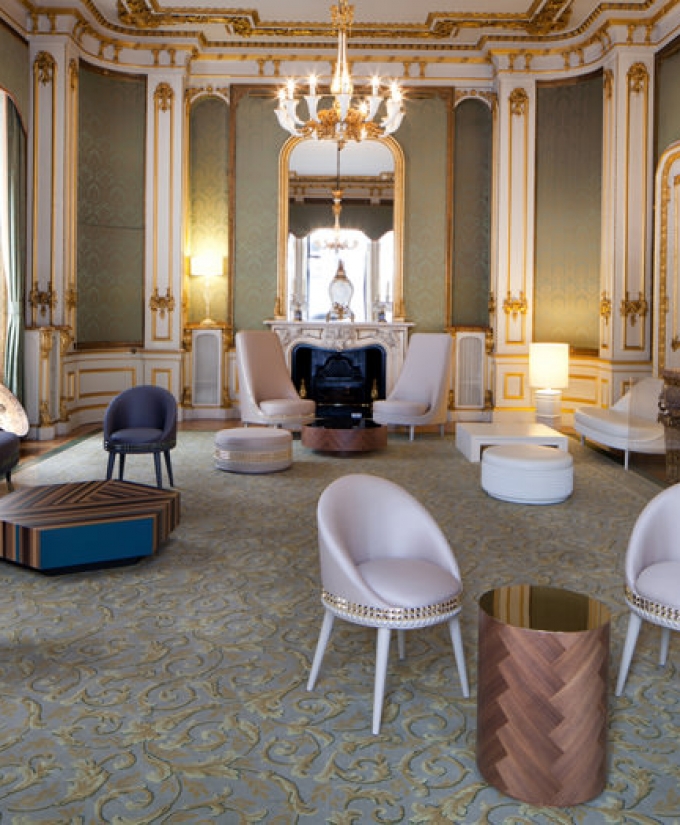 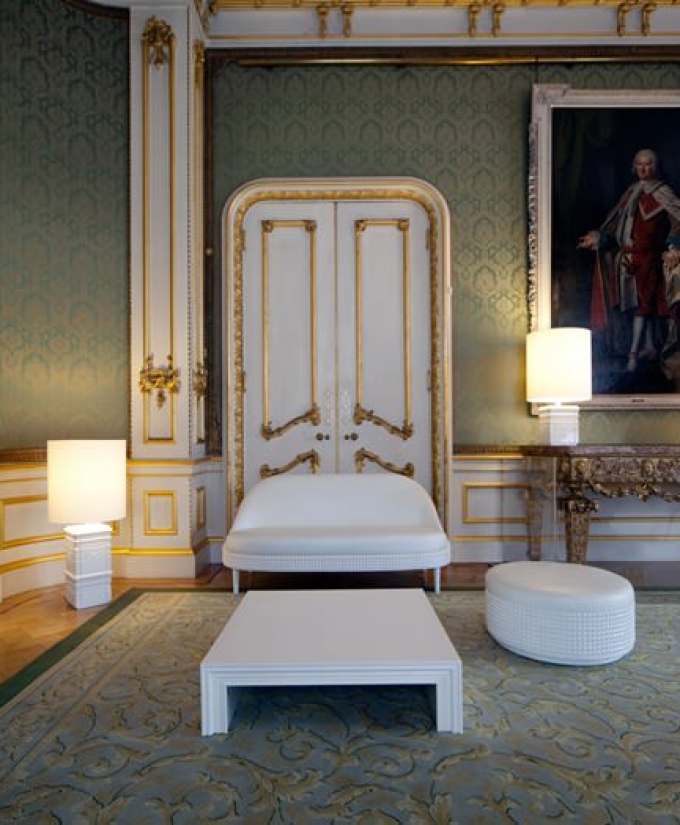 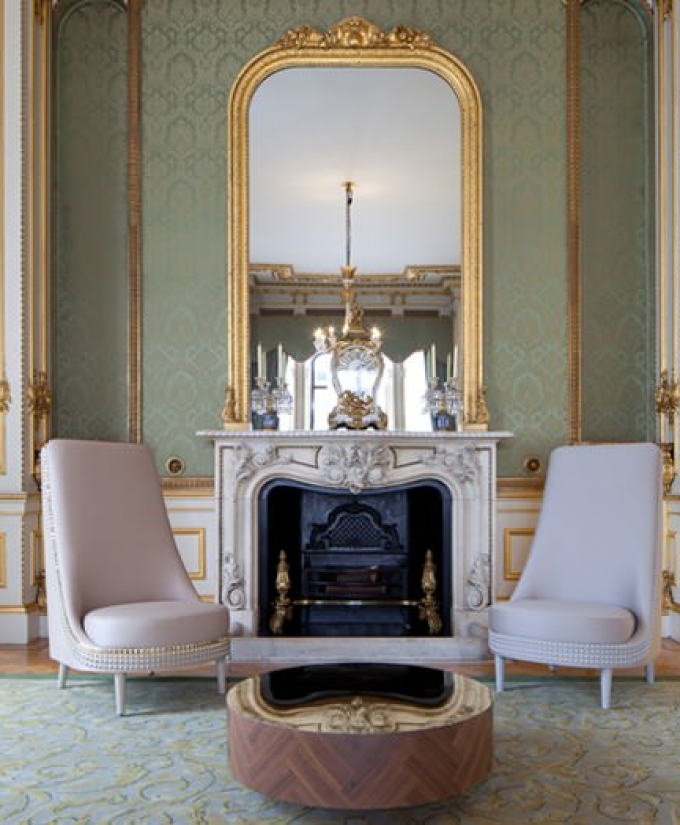 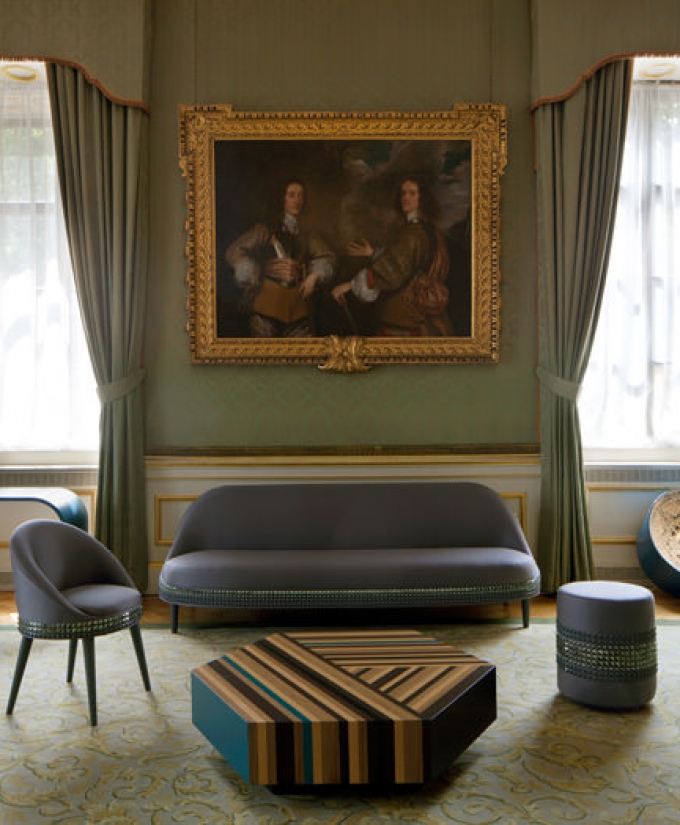 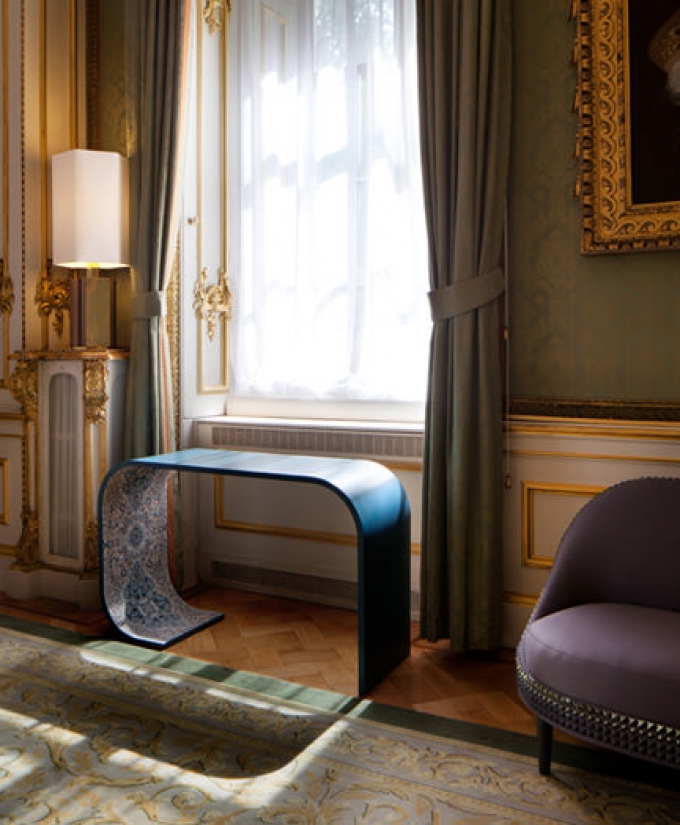 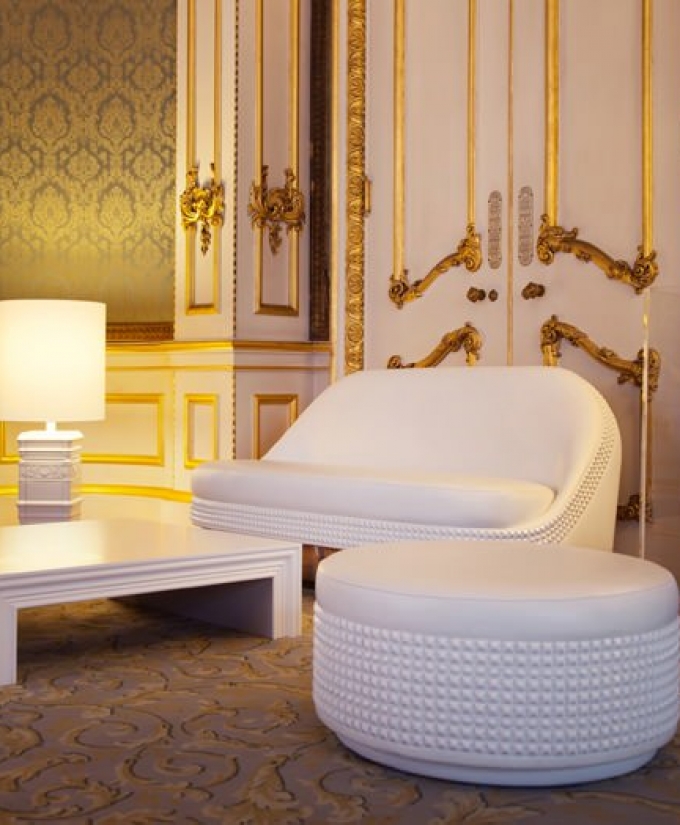 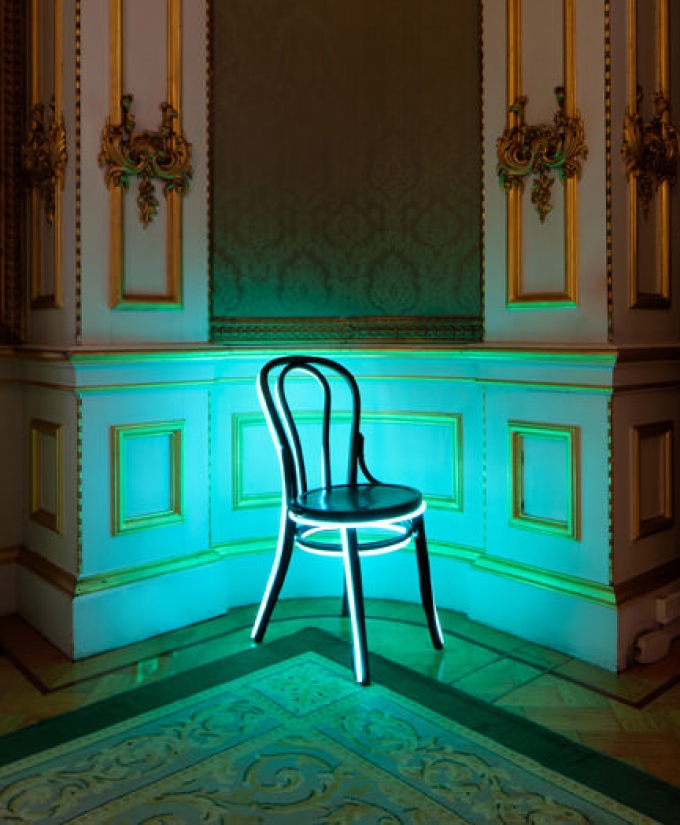 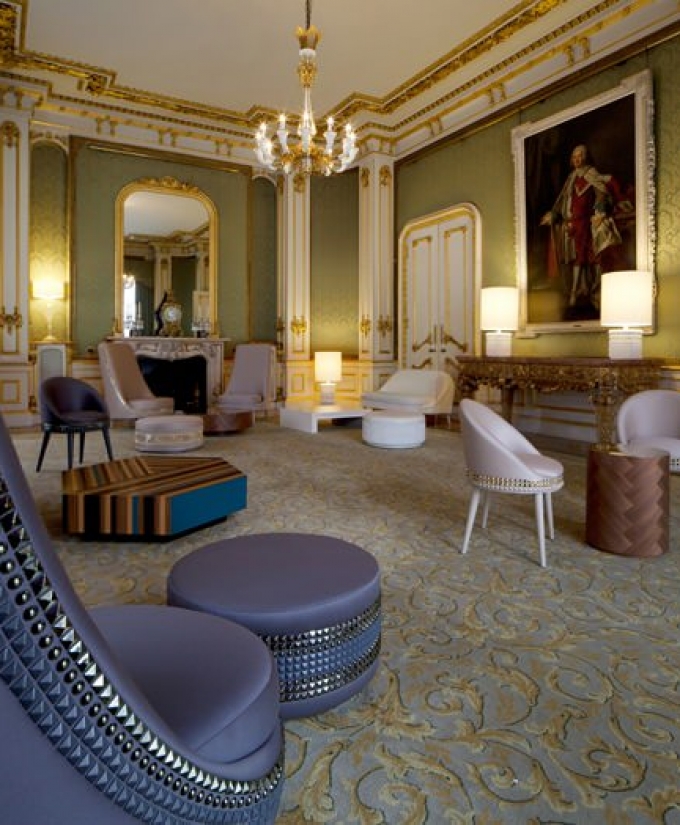 Launching Tuesday 24th July, Lee Broom will curate a central room in London's historic Lancaster House where The British Business Embassy which will play host to global influential business leaders during the Olympic and Paralympic Games.

Broom is one of an exclusive number of respected British designers, including Terrance Conran and Ross Lovegrove, invited to atmospherically enhance The British Business Embassy. The magnificent 19th century house will be transformed to showcase modern art and design highlighting the talent of Britain.

The Gold Room by Lee Broom is the only room dedicated solely to one designer at Lancaster House. The historic room juxtaposed against Broom’s current collections of modern, contemporary pieces exemplifies the designer’s ethos of connecting the past and the future, the traditional and contemporary. The British Business Embassy, developed by the UK Trade & Investment (UKTI) is the centrepiece of the Government’s international business legacy programme. Design leader and UKTI Business Ambassador, Sir John Sorrell has overseen the selection and creation of the British Business Embassy which will highlight British design talent.