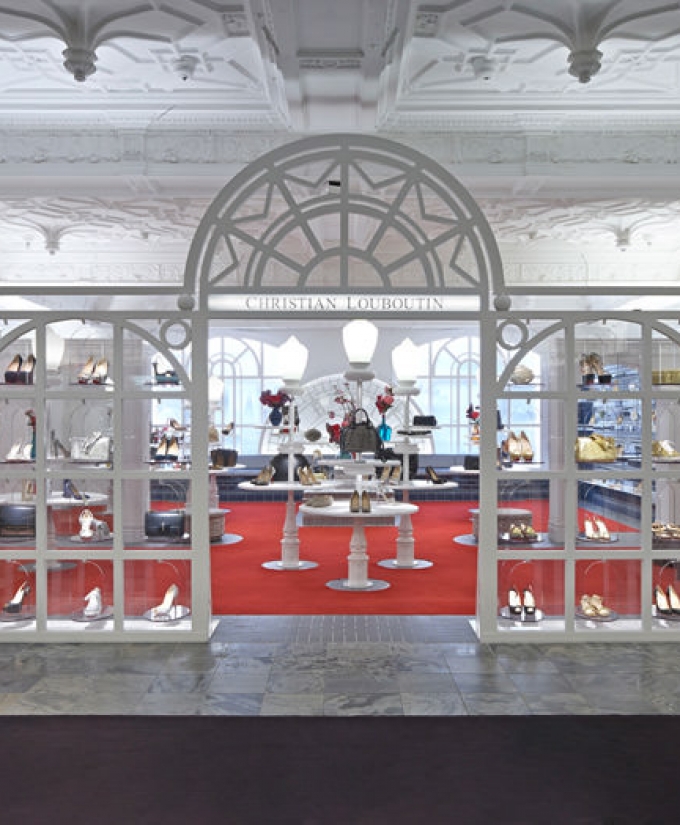 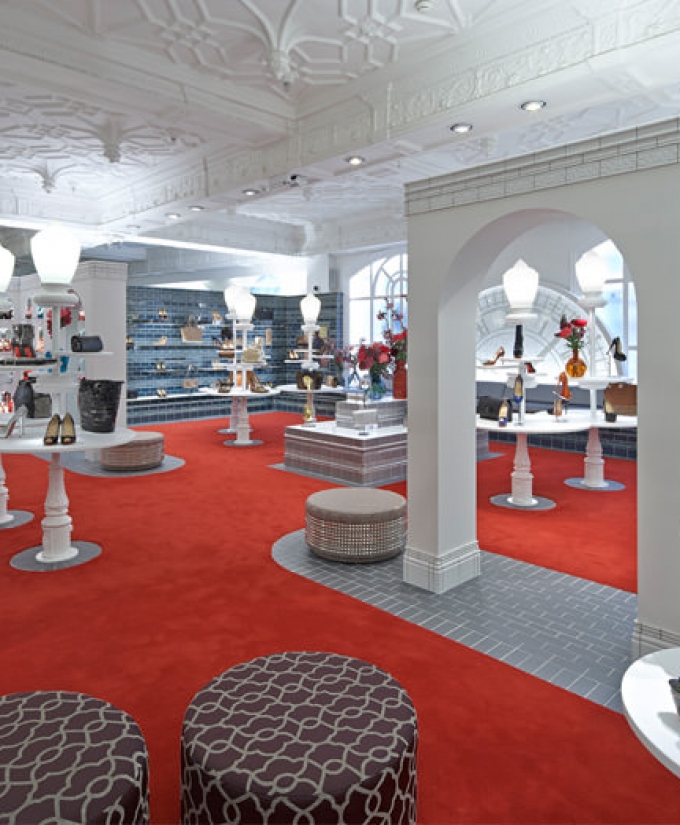 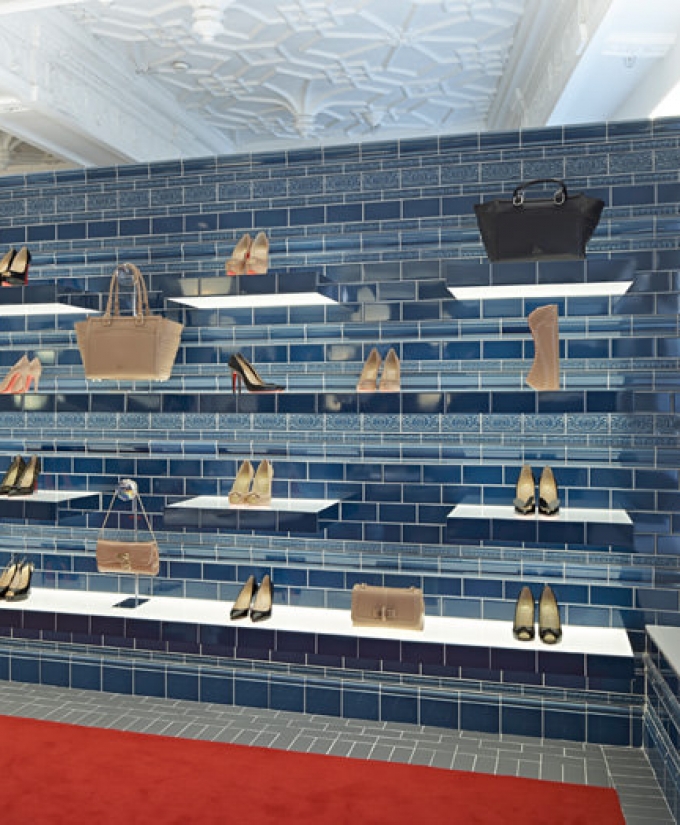 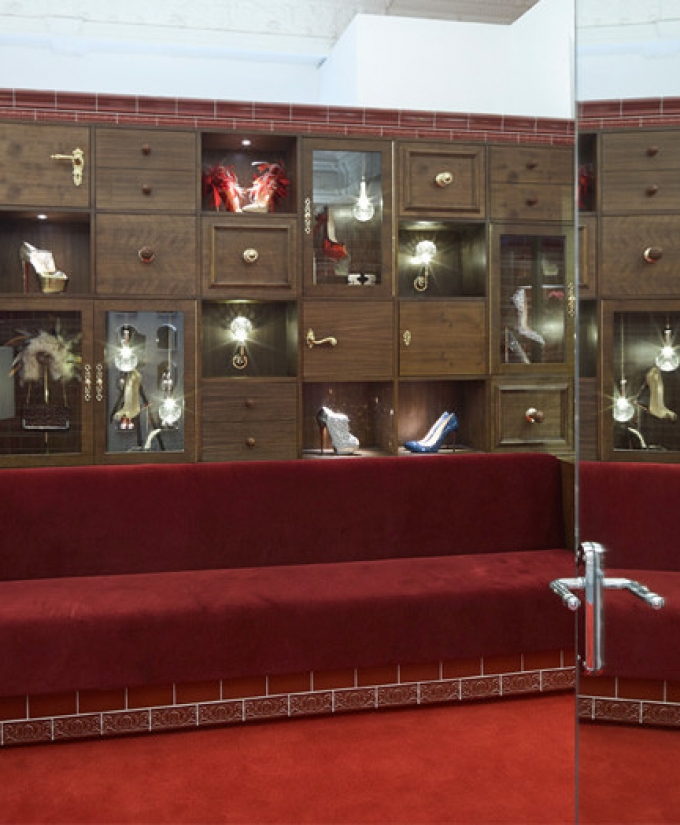 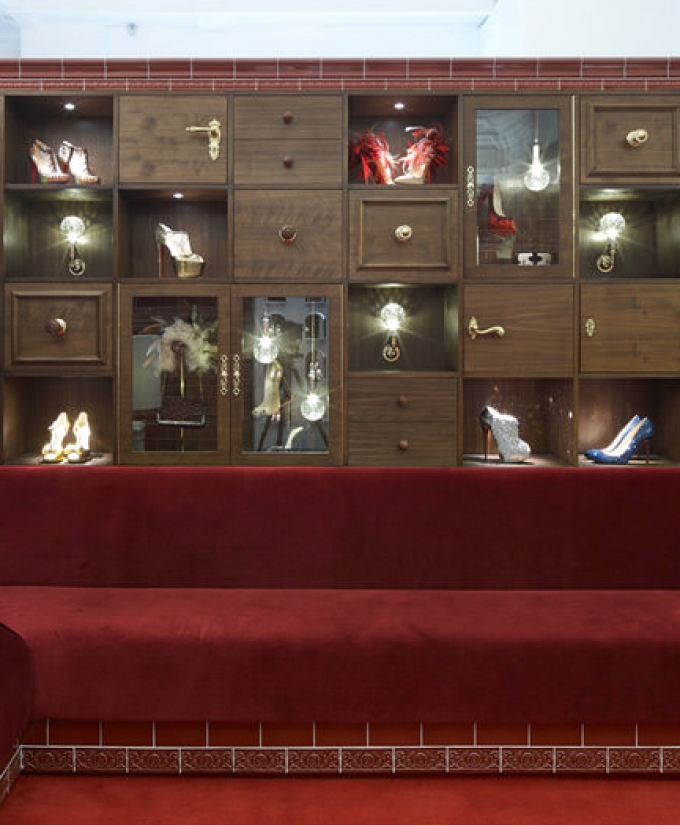 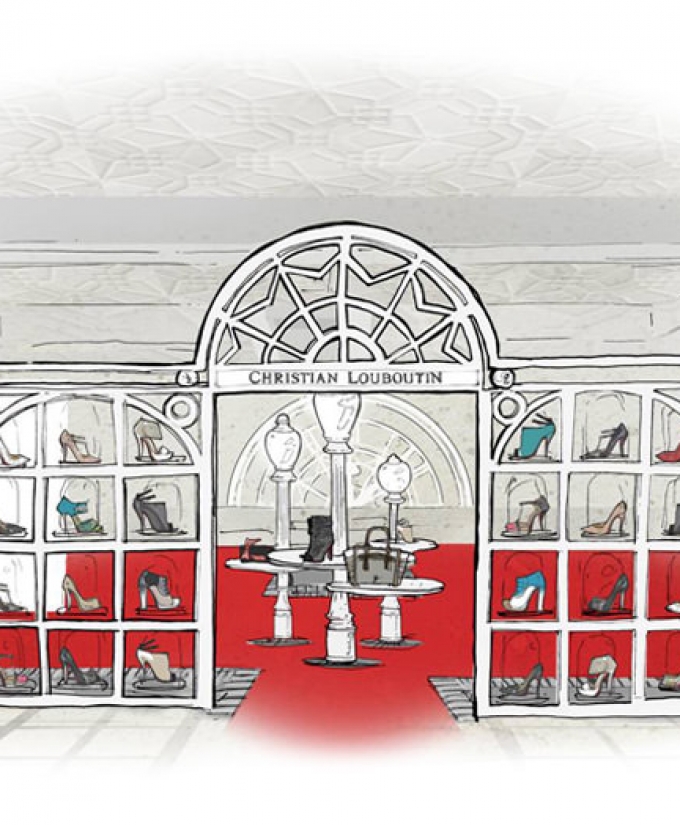 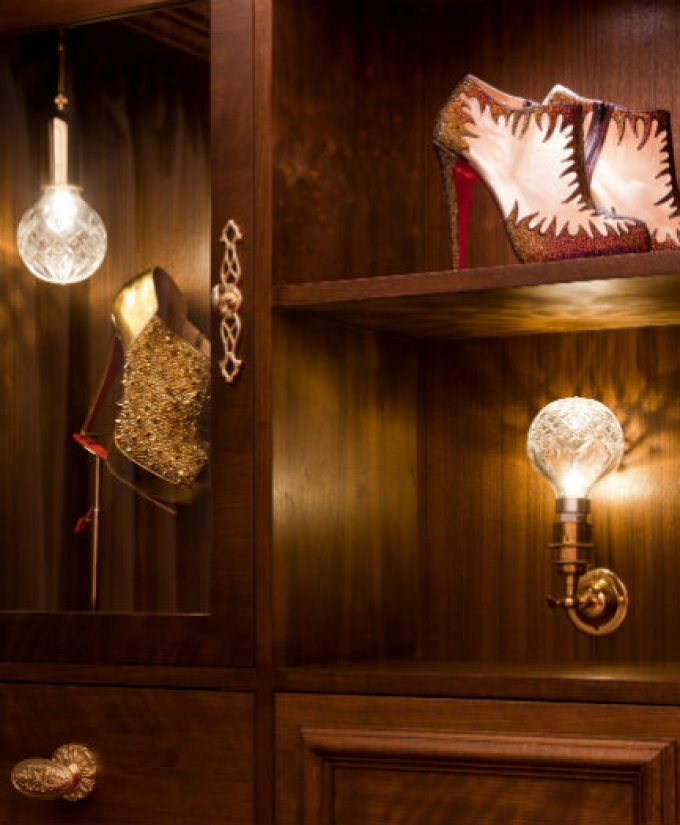 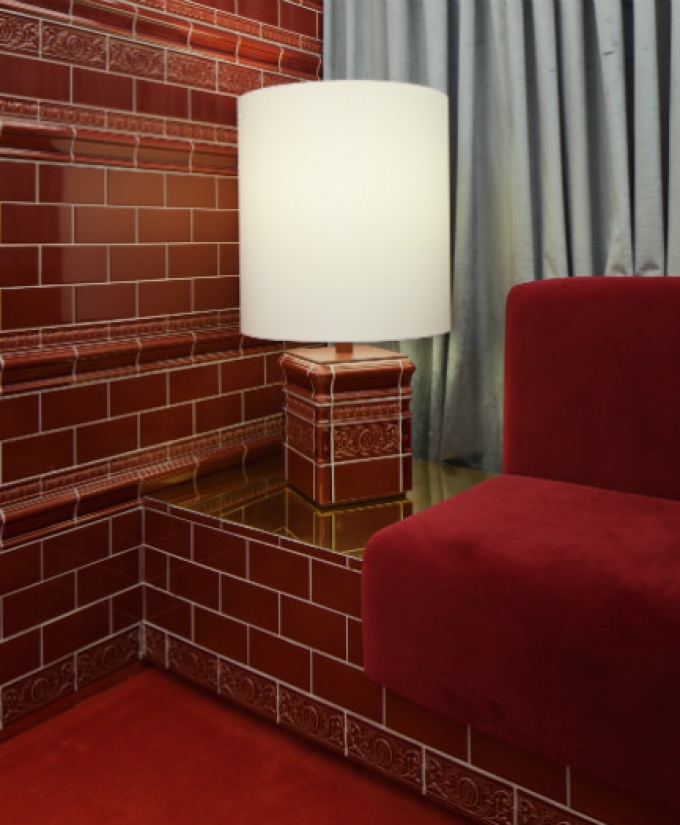 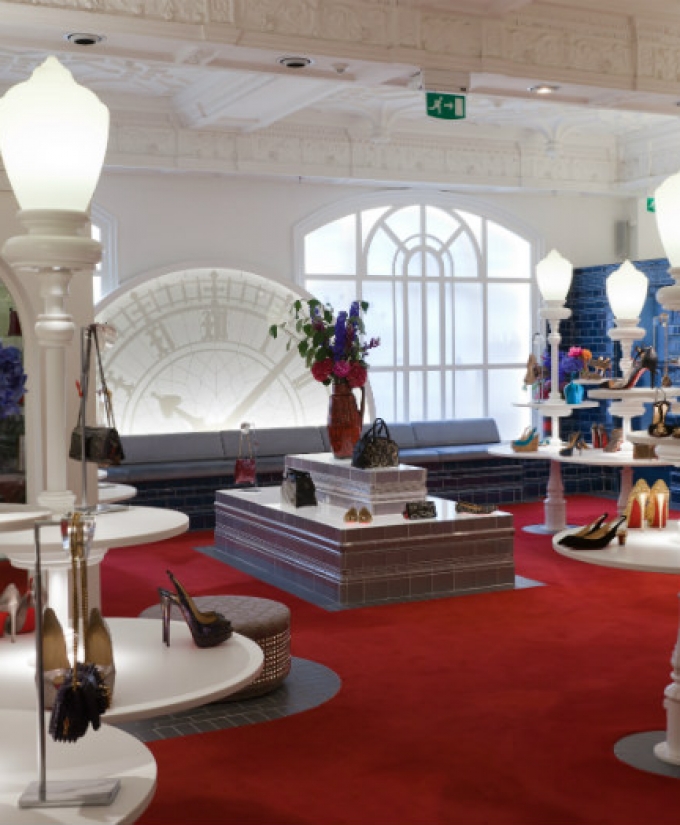 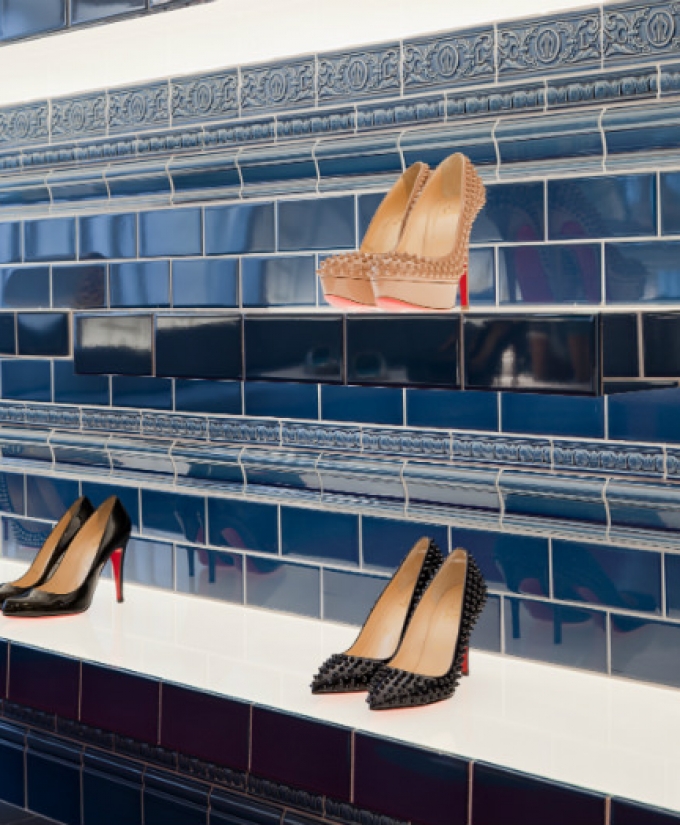 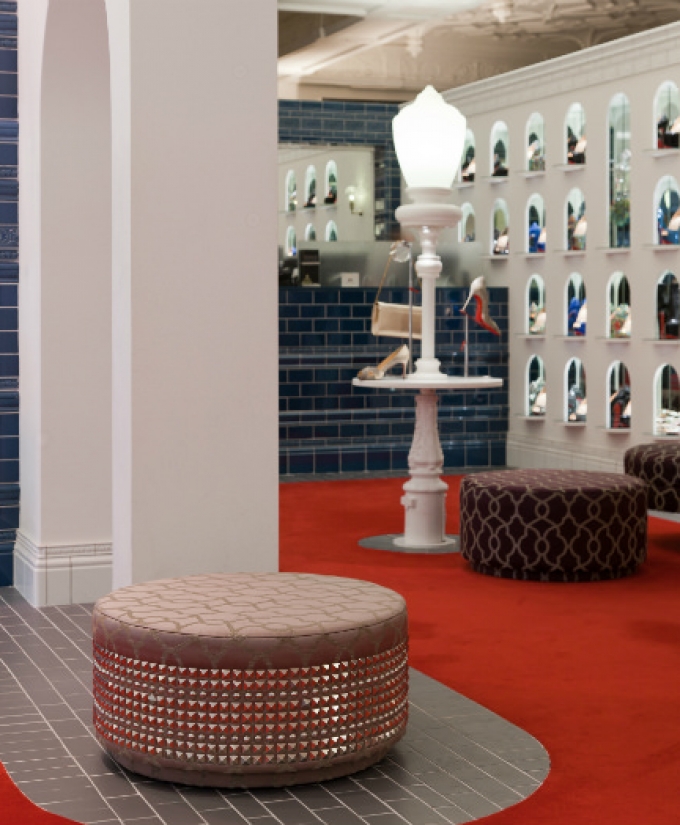 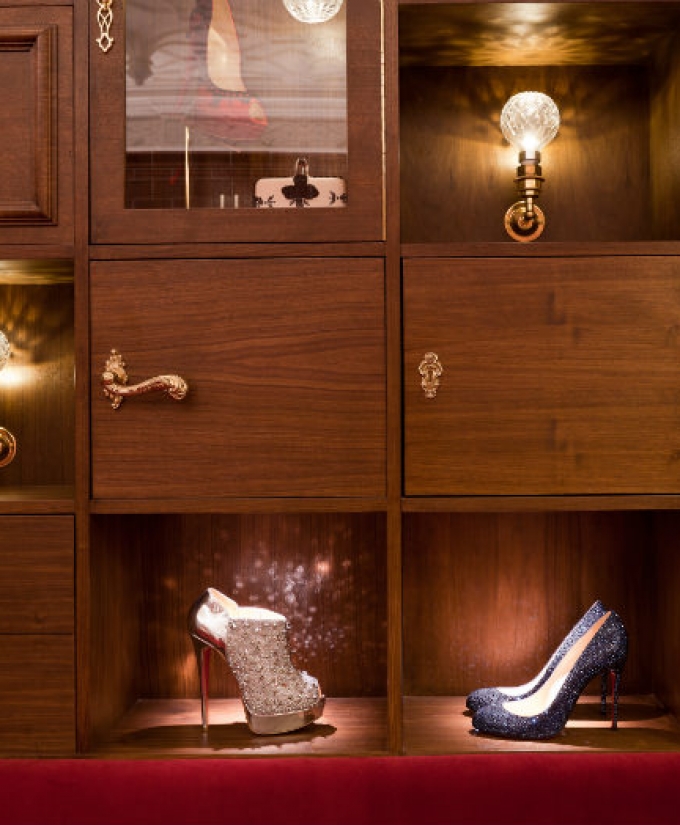 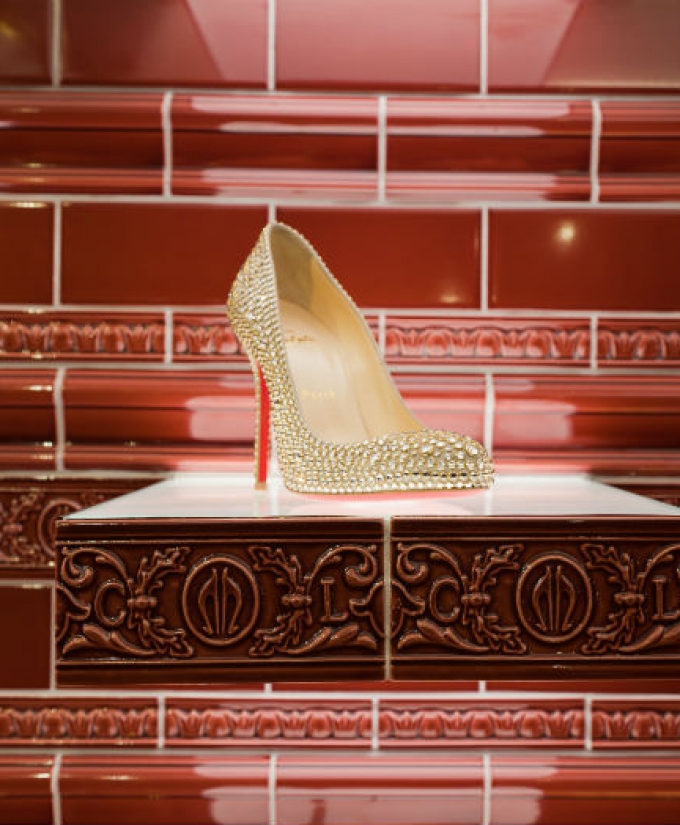 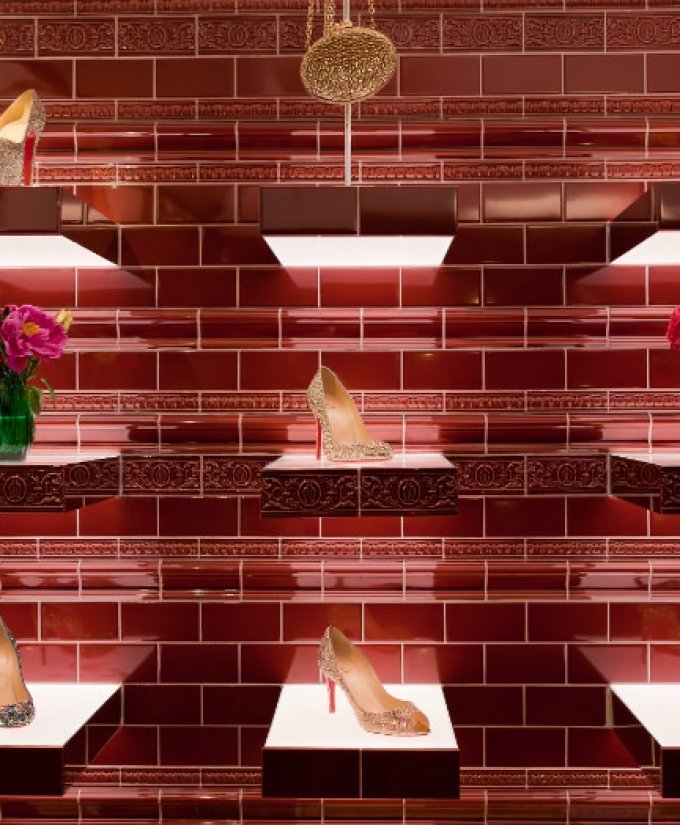 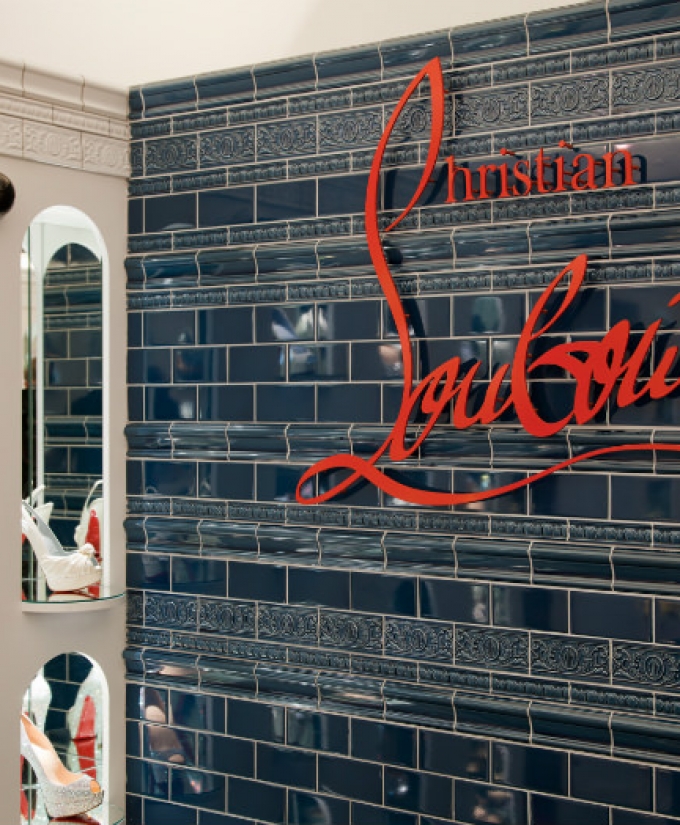 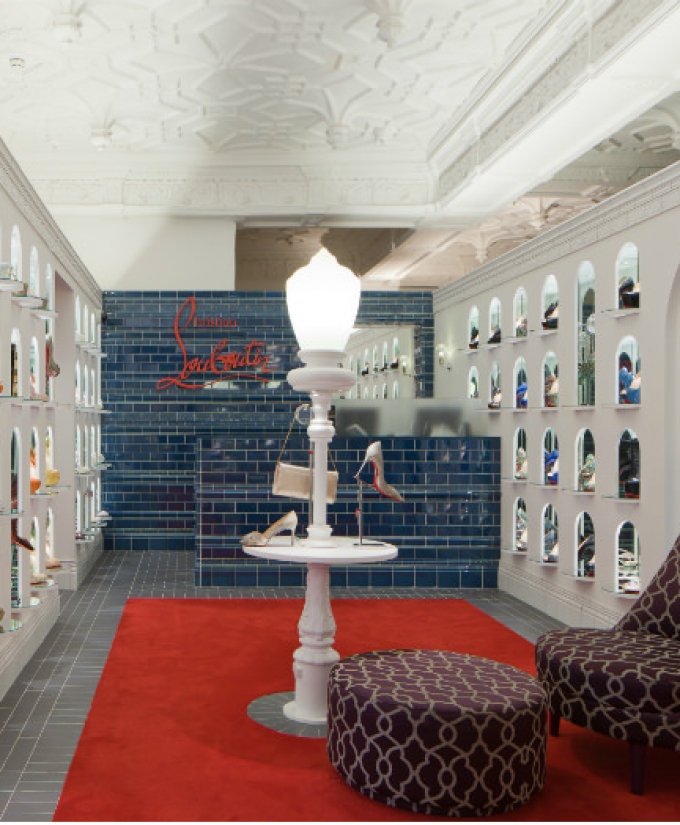 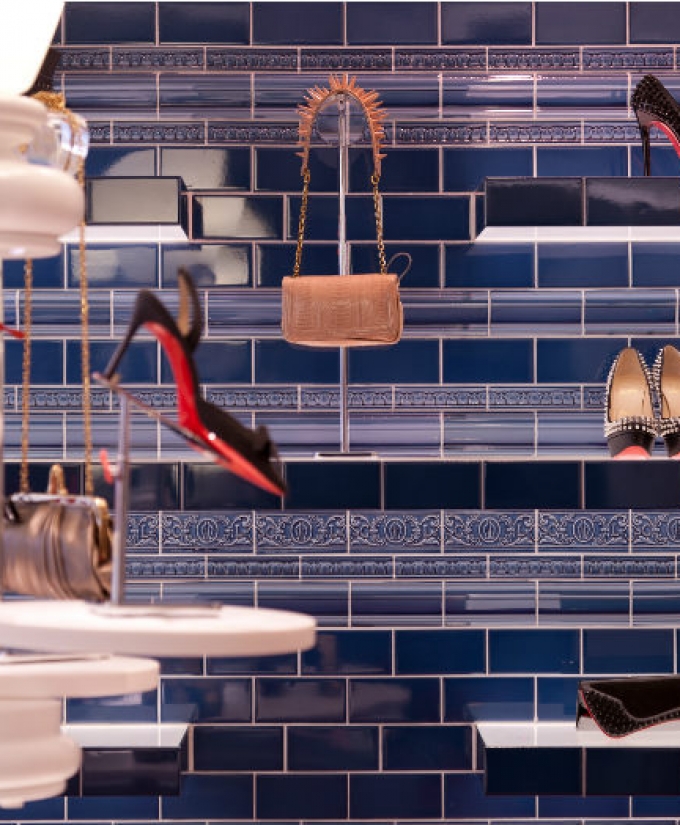 Lee Broom was commissioned by iconic French shoe designer, Christian Louboutin to design his new store at Harrods, London which opened May 2013. Continuing the trend of other Christian Louboutin stores, Broom has drawn inspiration from the city in which the store is located, referencing the London landscape throughout the space.

The shop within a shop, which sits within the eveningwear department at Harrods, has a beautiful white fanned arch-way entrance reminiscent of Covent Garden Opera House. London street lamps with frosted acorn shades are positioned centrally and traditional twice-fired petrol blue tiles produced by the same factories that make tiles for the London Underground are used on the walls.Paying homage to Big Ben, clock faces are etched in glass and illuminate the windows of the store.

The space features signature pieces from Lee Broom’s collections including the Salon range, re-worked in patterned materials and new colours of deep purples, greys and dusky pinks. His celebrated Crystal Bulbs are also integrated within the impressive VIP room which sits behind a mirrored arch in the store. The VIP room includes a low seated lounge area and a dramatic red tiled wall – a signature colour for the brand. Cabinets of curiosity, including an archive of Christian Louboutin shoes and original sketches are also displayed.

The shop front is reminiscent of a stage set design, creating a feeling of suspended reality. The sense of drama continues inside as Louboutin’s signature style is seen through the use of red carpet and beautiful arched niches in which the shoe collections are presented. Broom has also created glass bell jars for Christian Louboutin accessories including iPad cases and wallets. Whilst creating a contemporary space, Broom draws on the traditional architecture of Harrods, keeping the moulded staccato detailed ceiling which immediately gives the store a sense of grandeur.

Broom’s concept is glamorous and elegant, capturing the spirit of Christian Louboutin whilst giving the space a quintessentially British twist. The store celebrates Louboutin’s theatricality, offering the customer a magical shopping experience.