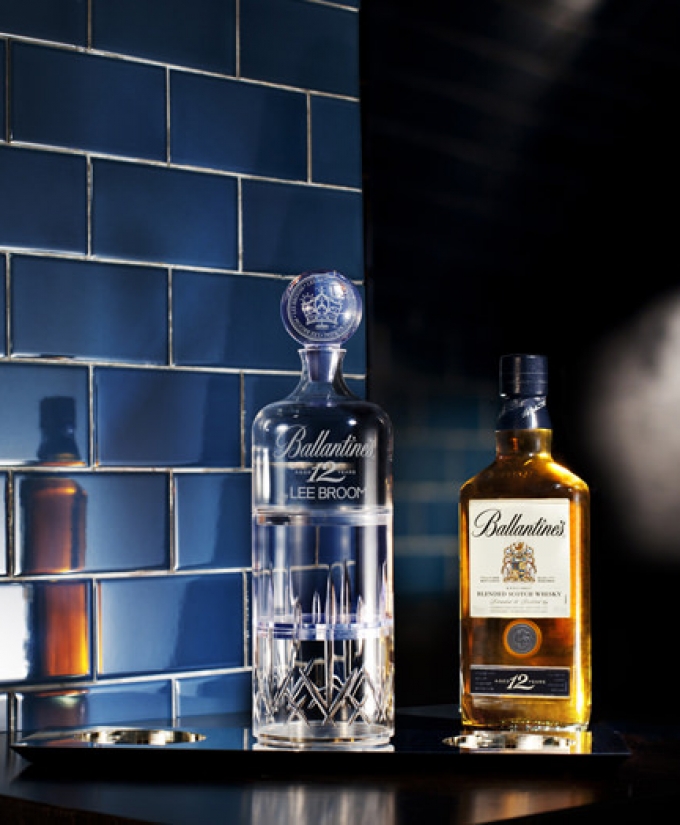 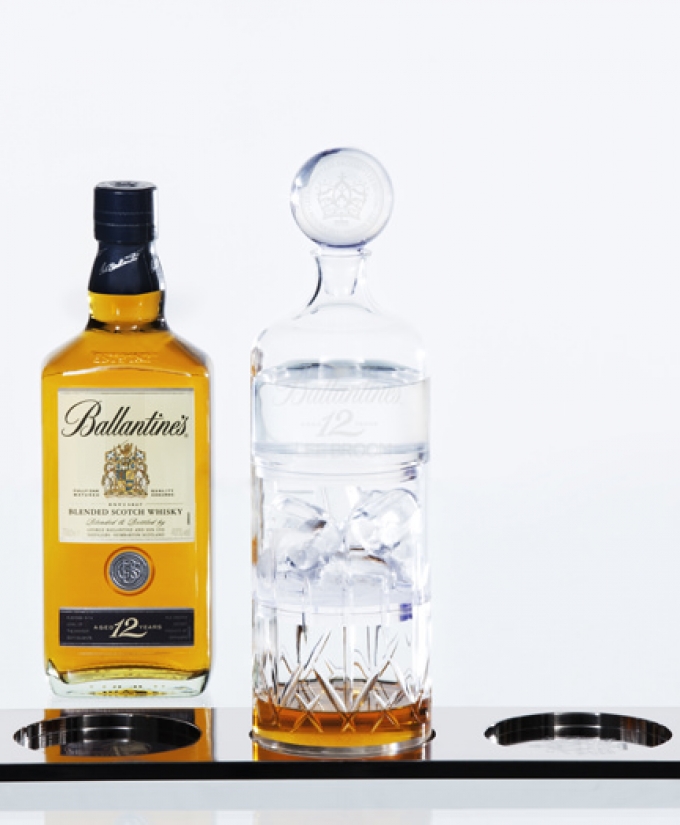 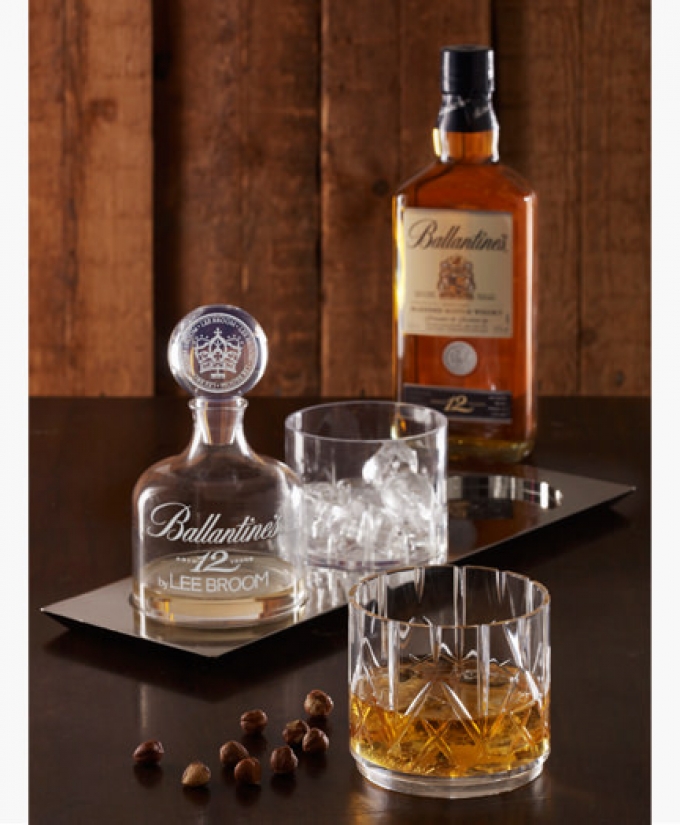 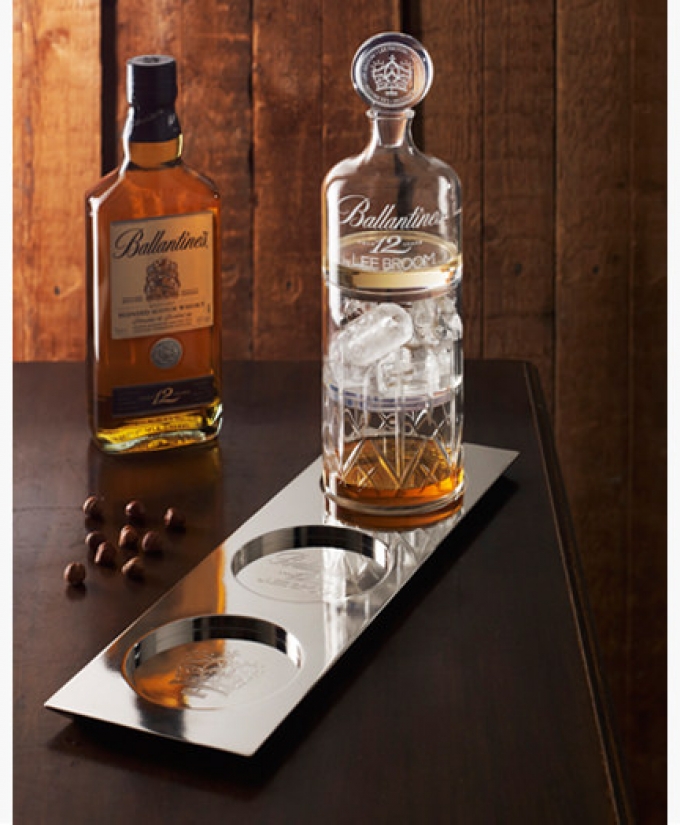 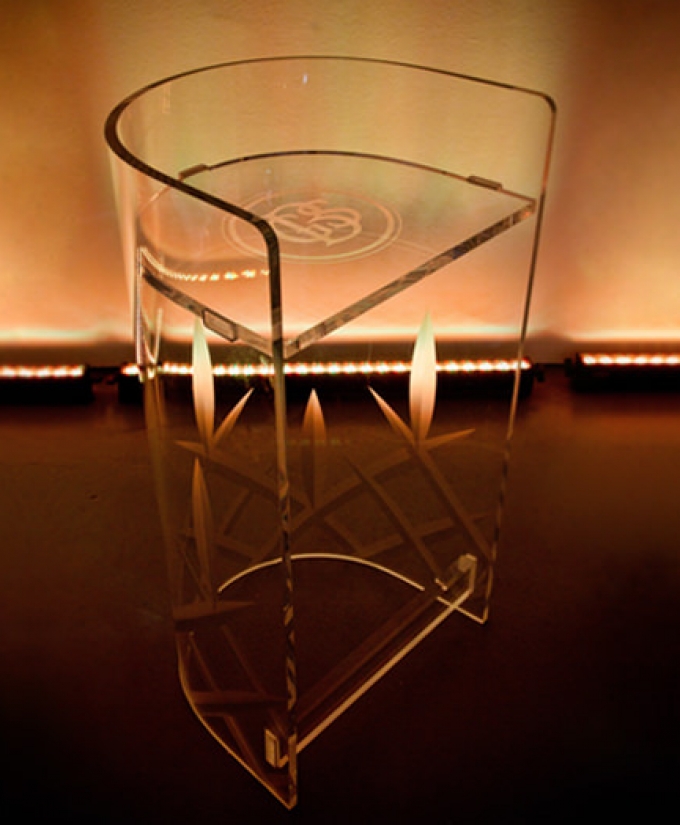 The new ritual has been influenced by vintage crystal whisky decanters, with a contemporary twist, reflecting the cultural amalgam of old meets new predominant in Broom’s work. The designer has used his expertise in using cut crystal to create this new, luxurious serving ritual for Ballantine’s 12 Year OId.

The decanter breaks into three individual sections allowing the item to be used in a single or shared occasions:
The base acts as the whisky glass, sealing the notes and aromas.
The middle section is to contain ice cubes and can also be used as a secondary whisky glass.
The top section is to hold water or another mix that enhances the aromas of Ballantine’s 12 Year Old.
The decanter can also be used to prepare cocktails, replacing the ice and water with other ingredients.

The serving ritual had its launch platform at Broom’s first, solo exhibition at the Salone del Mobile, entitled Public House.

The 'Lee Broom for Ballantines Ritual' is a global project and will be sold in countries worldwide. If you are a UK resident and are intereted in the Ritual, please contact the studio directly.