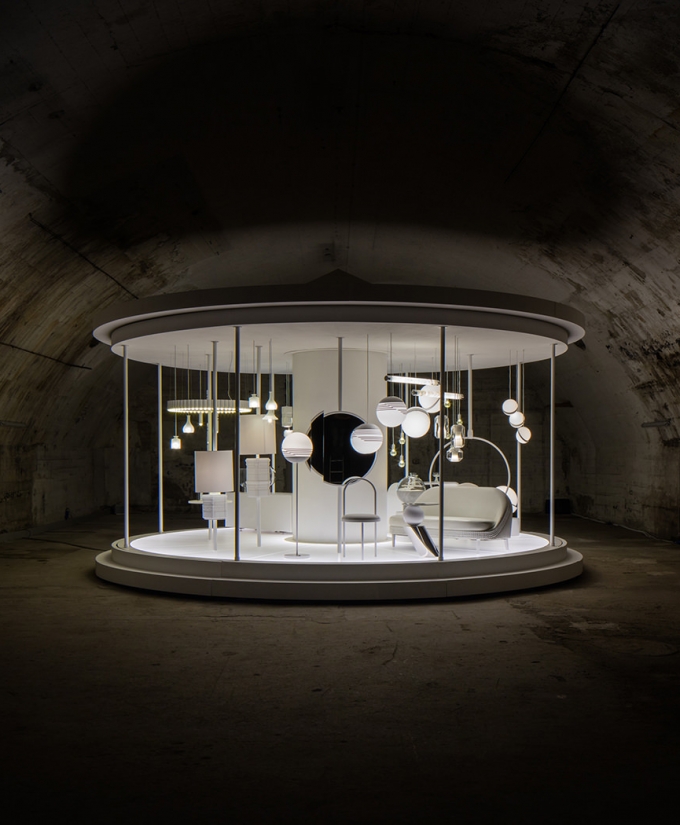 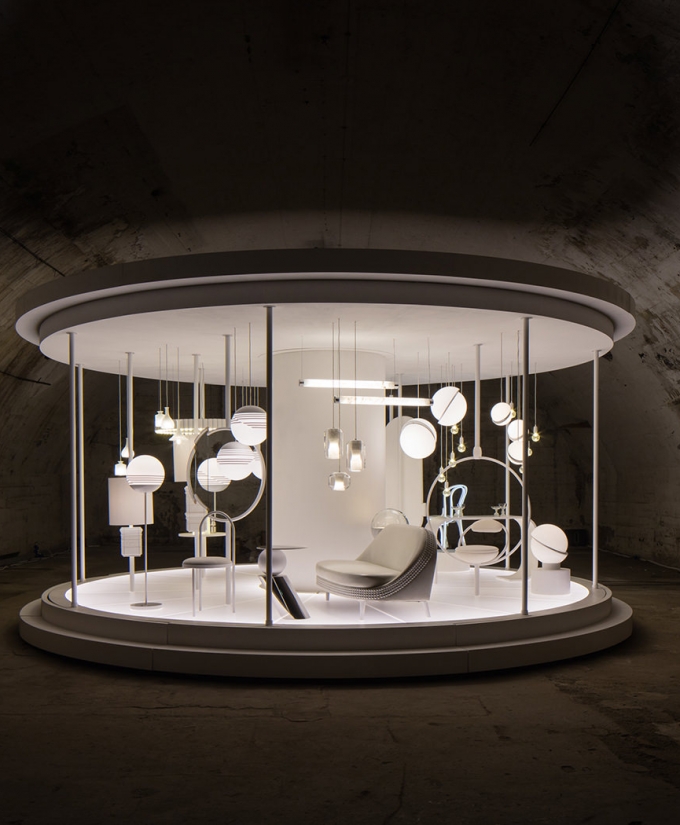 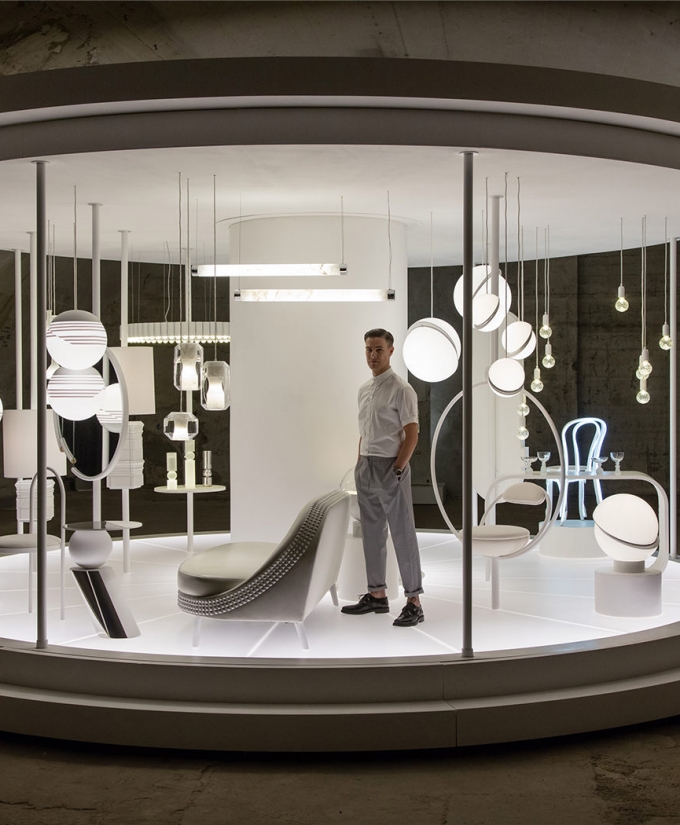 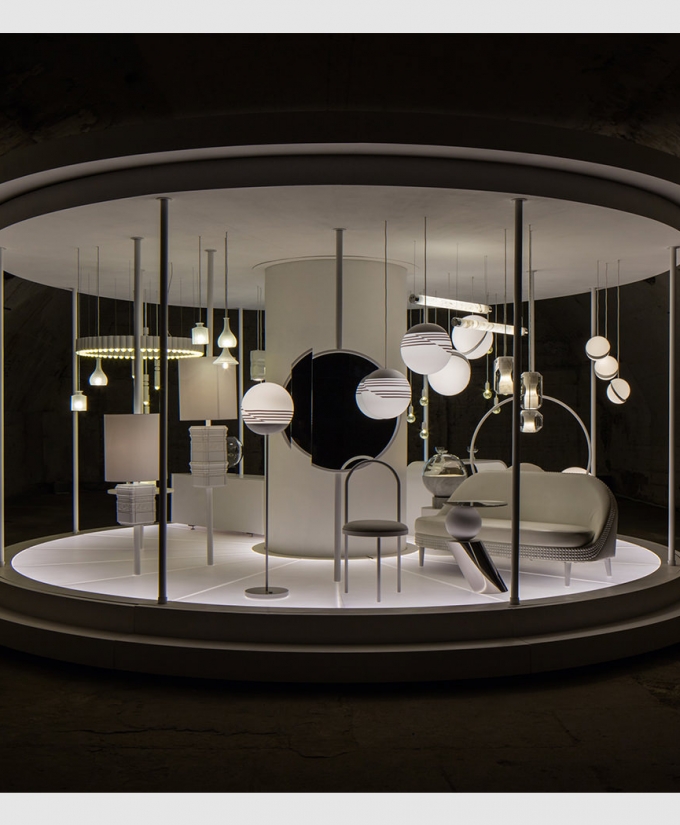 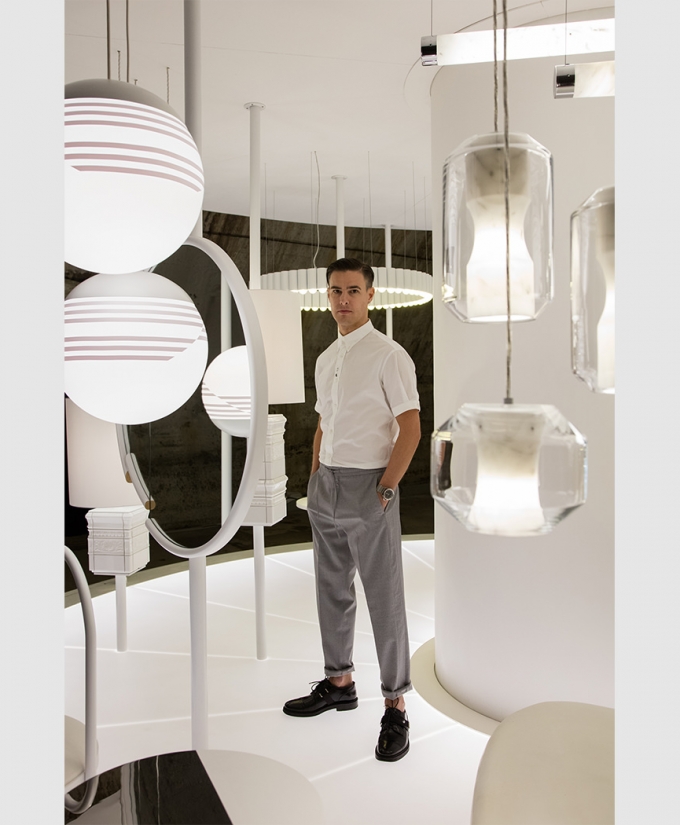 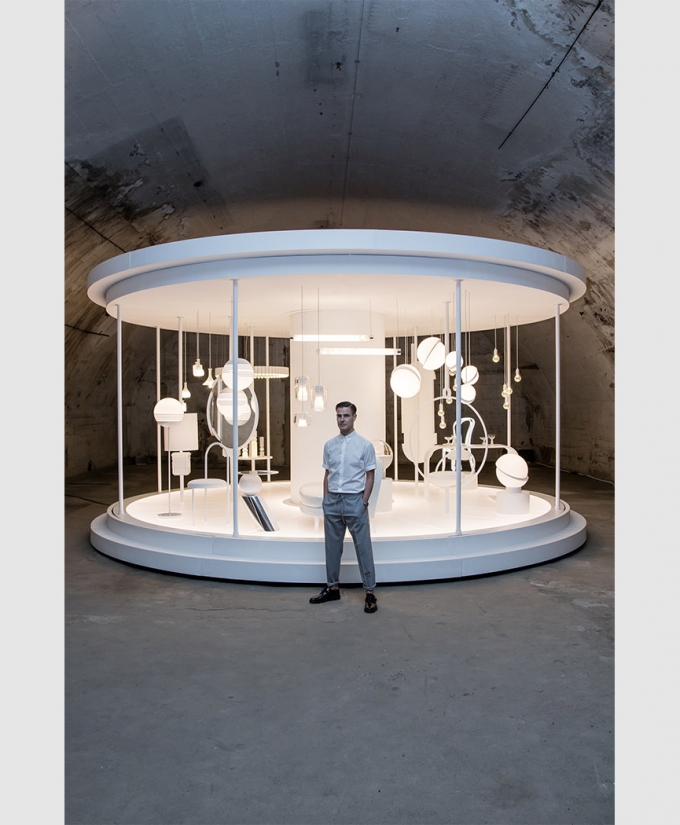 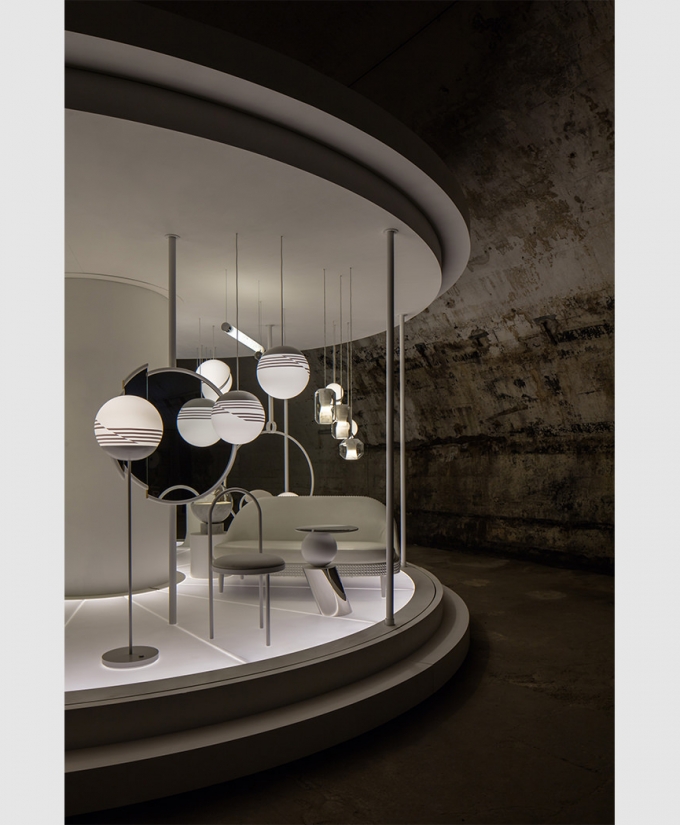 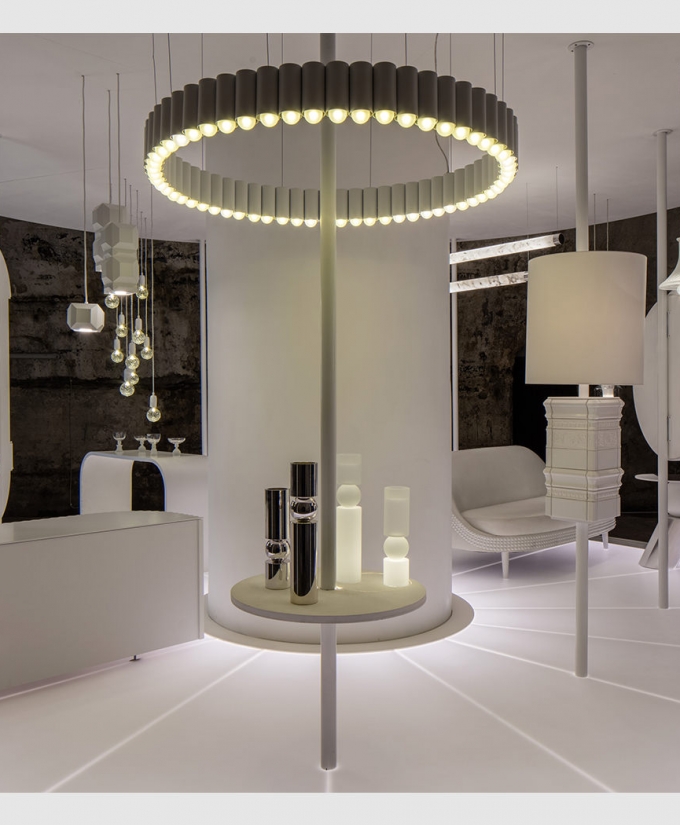 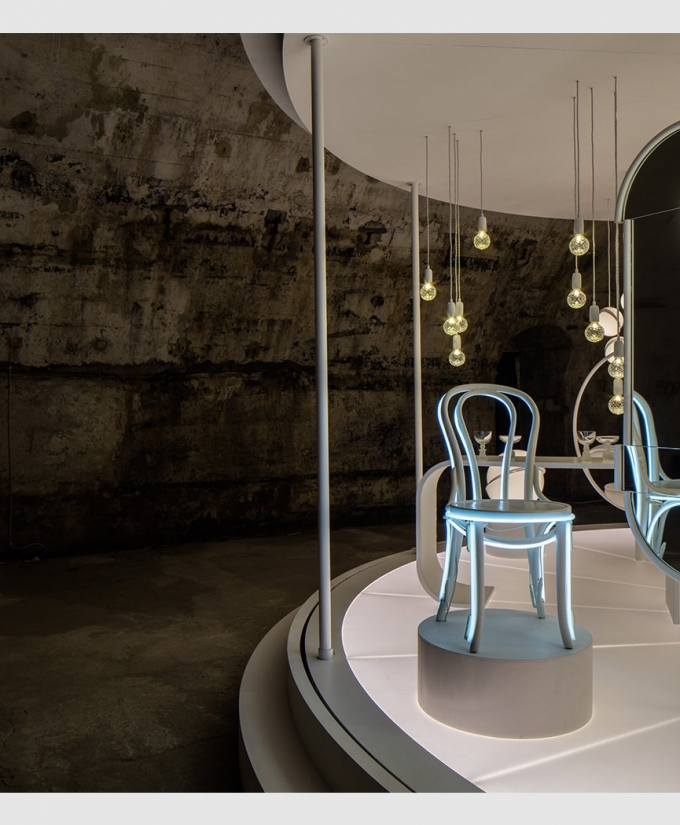 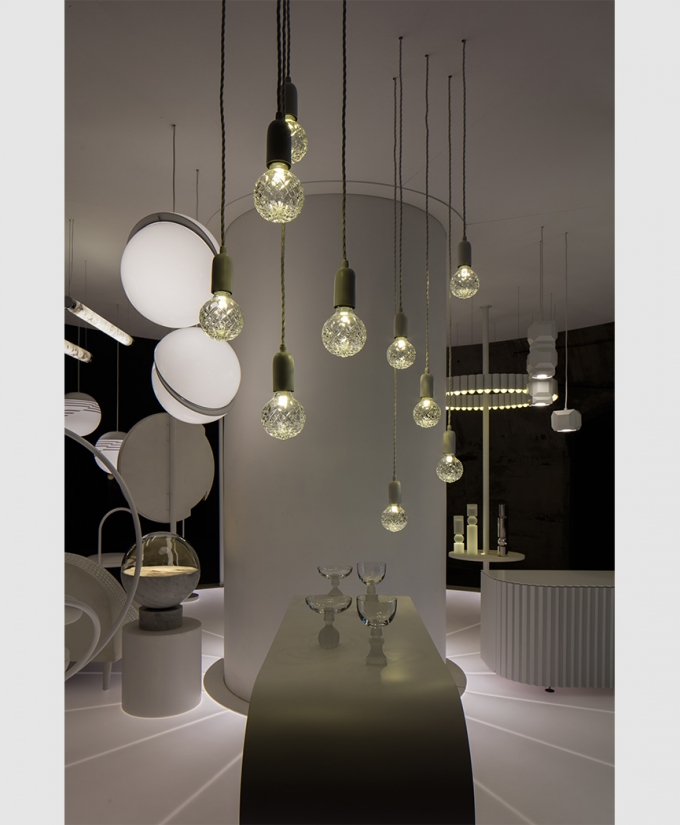 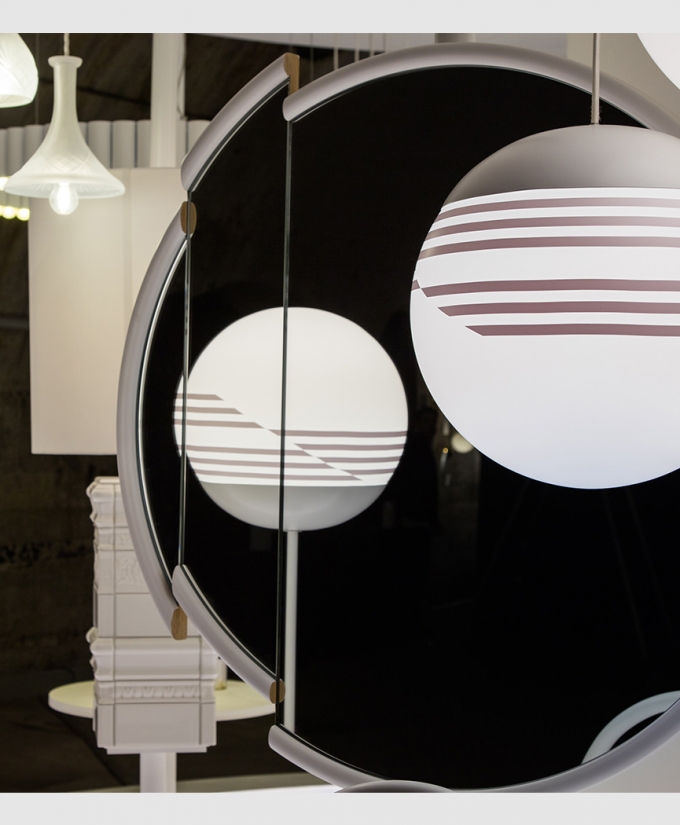 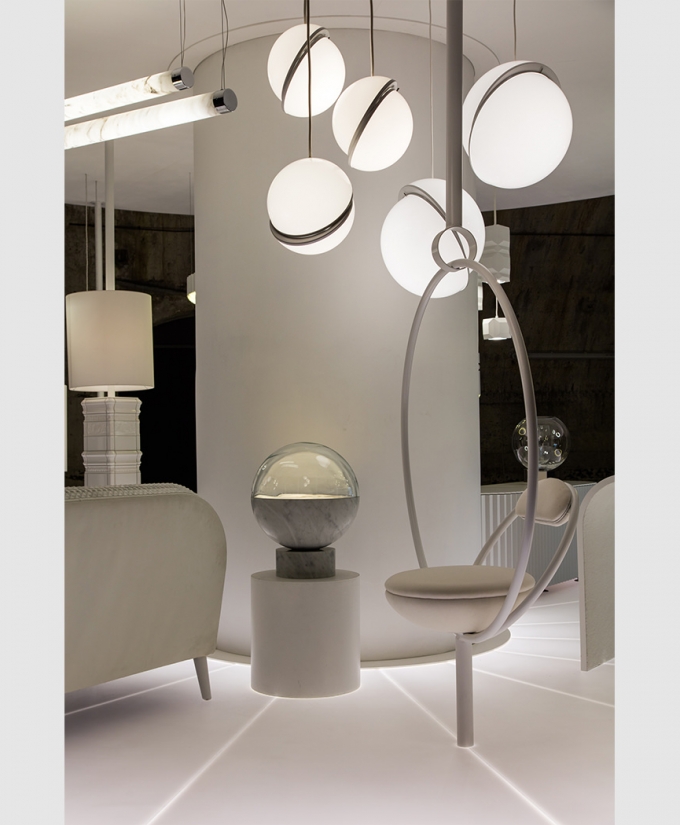 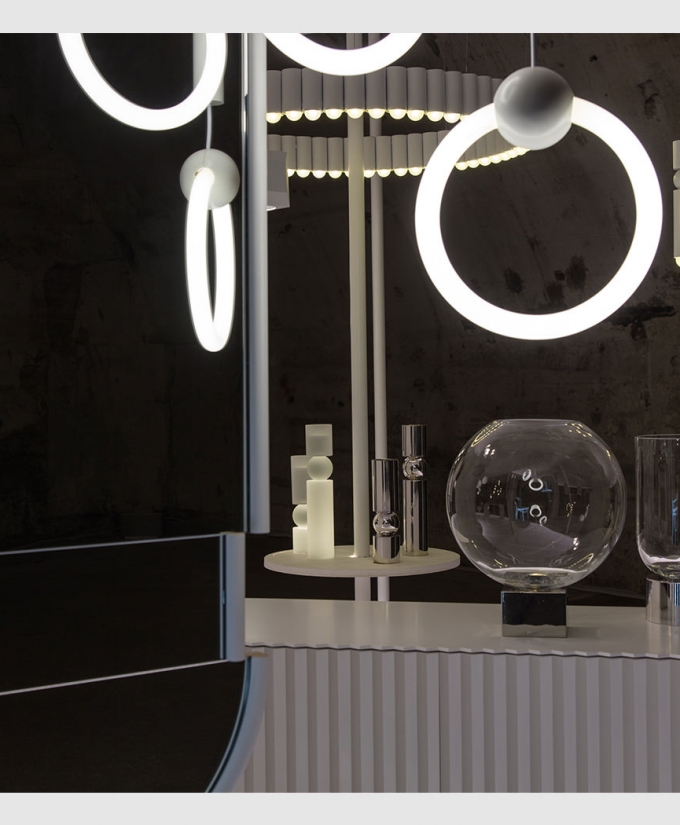 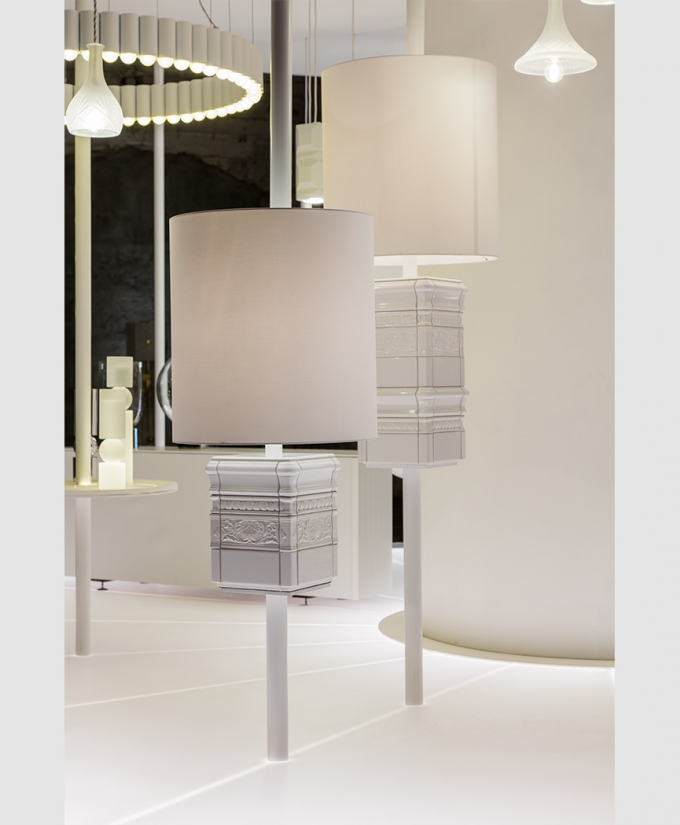 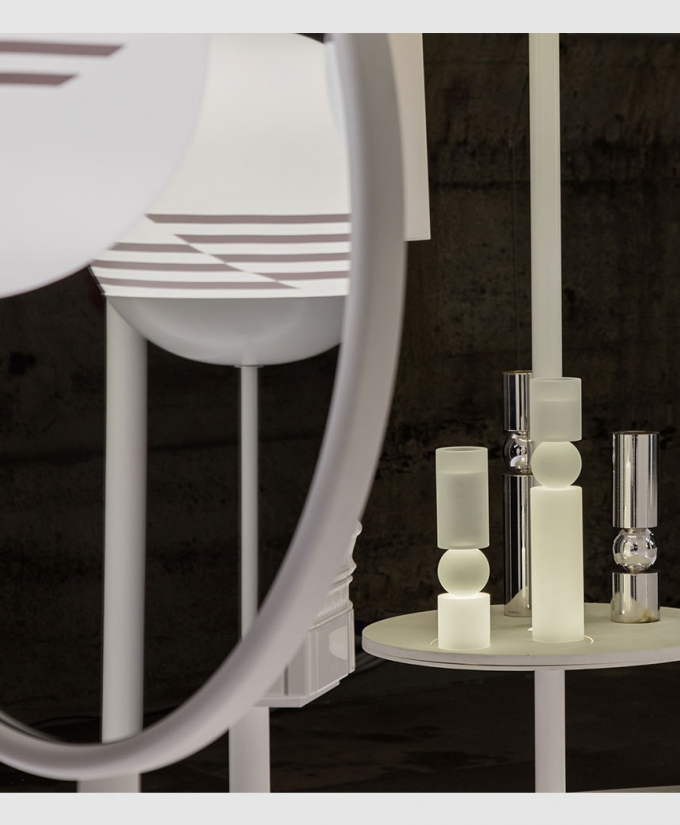 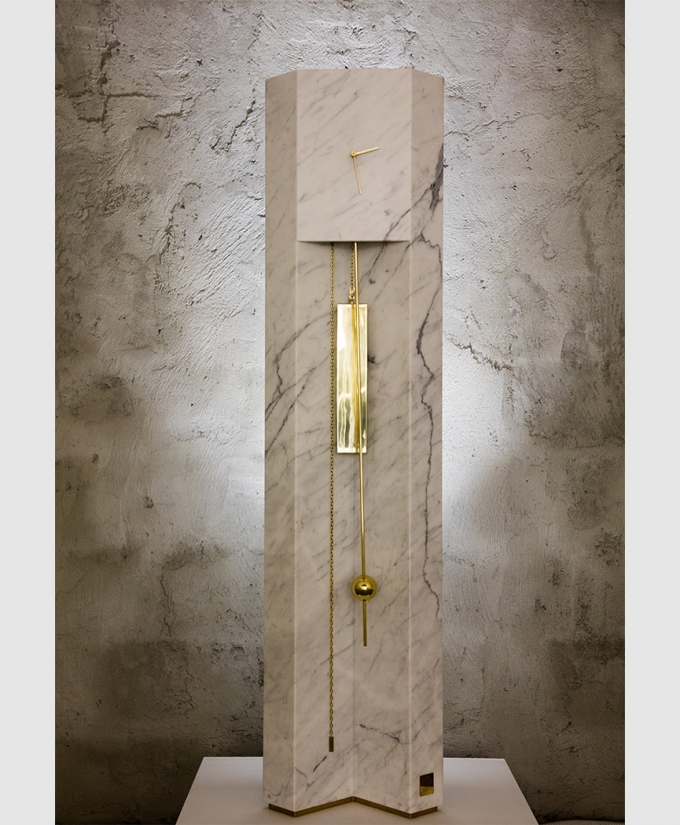 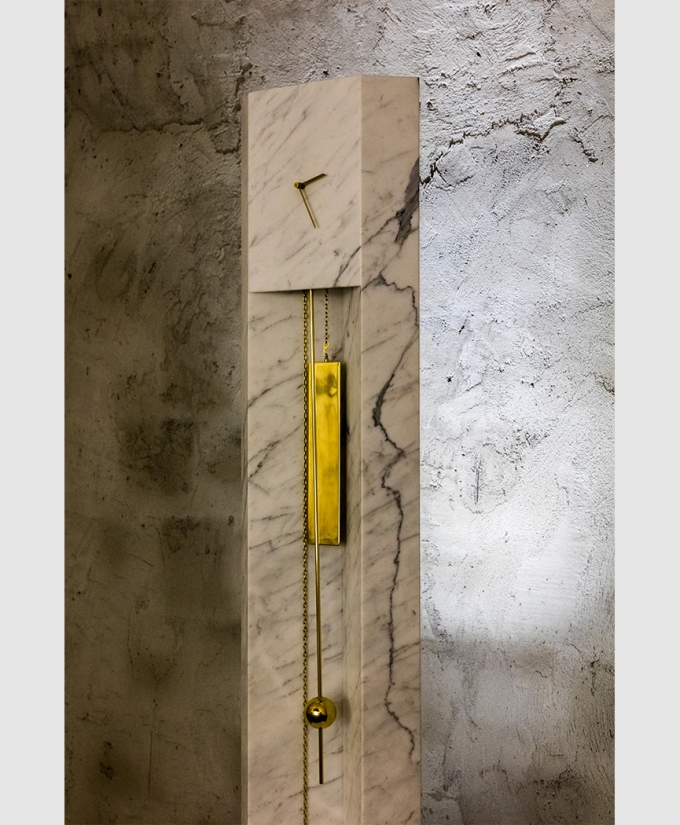 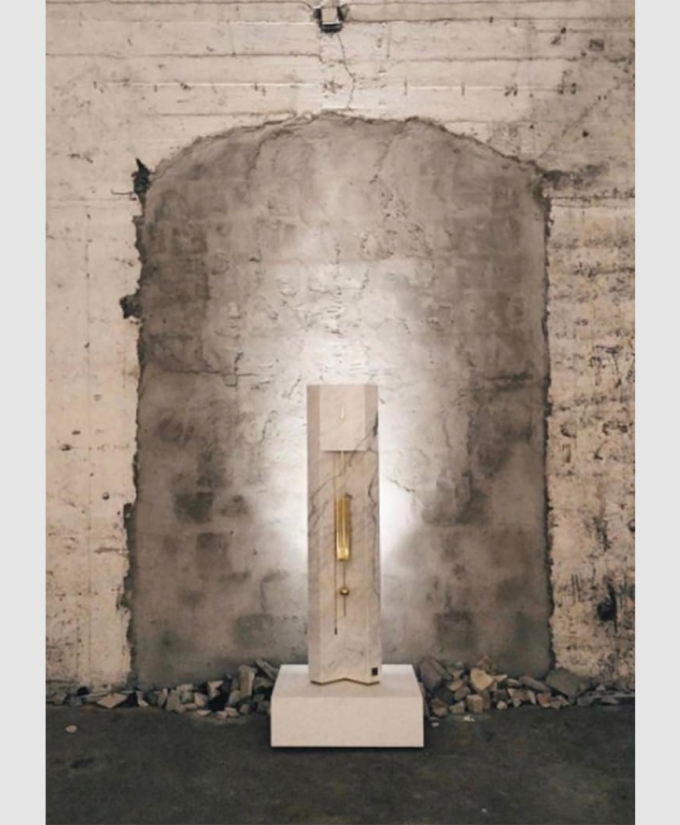 For Milan Design Week 2017 - Lee Broom unveiled TIME MACHINE. Celebrating his landmark tenth anniversary, Broom showcased a limited collection of furniture, lighting and accessories from the past ten years all reimagined in new materials and finishes. Set inside a disused vault in the famous and historic Milano Centrale station as part of the new design district Ventura Centrale, the location provided a memorable and atmospheric backdrop for Broom’s anniversary collection. As part of the exhibition and to mark the anniversary, Broom also revealed a new and exclusive design in the form of a limited edition handcrafted Carrara marble grandfather clock.

Limited to ten editions of each design, the collection was the first limited edition collection since Broom’s debut collection ‘Neo Neon’ in 2007. Presented on a dramatic and modernist interpretation of a fairground carousel placed in the centre of the Milano Centrale station vault, the carousel slowly revolved, providing a poetic and engaging way of presenting a retrospective of Broom’s decade in design by combining drama, sound, movement and illumination and creating a metaphor representing the lifecycle the brand has journeyed throughout the past 10 years.

Built at the famous Pinewood film studios in the UK, the carousel at over 6 meters wide and over 4 meters in height, displayed within the 340 sq meter vault, was Broom’s largest show to date. Upon entering the derelict vault, the carousel providing the only illumination to the space was a playful and serene beacon, its cinematic, Kubrick-esque theatricality creating a memorable narrative to poignantly mark Broom’s anniversary show and his step into his next decade of design.

Time Machine received global recognition as one of the must see shows of Milan Design Week 2017 with features and reviews in publications including SURFACE, architectural Digest, Corriere della Sera, The Financial Times, Dezeen, Vogue and TIME.